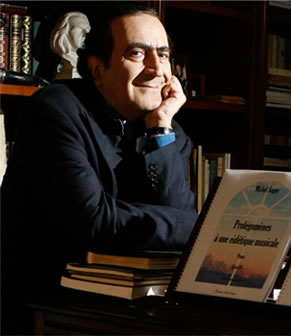 Pianist, composer and doctor of philosophy Michel Sogny developed a new approach to teaching the piano. His method has enabled many students of all ages to enjoy practicing this instrument, as piano playing is generally considered to be unattainable if not taught during childhood.

He was awarded the ONU Peace Medal and received a diploma of honour by UNESCO.

Many of his litteray and musical works have been published by prestigious French publishing companies.

Michel Sogny created some years ago his own foundation SOS Talents to support gifted young pianists, and still devotes efforts to developing their talent throughout his method.

He is the Honorary Consul of the Republic of Lituania in Switzerland.